I stood beneath the tattered awning of a llantería and waited for the rain to let up. But it just came down harder. Streets turned into ankle-deep rivers as thunder rocked buildings. I didn’t have an umbrella, but I was wearing a parka. And though my torso was dry, five minutes in the rain had soaked my pants straight through. I pulled out my phone and started to send a text. Canceling. But I backspaced my words, knowing I’d regret chickening out. So I locked down my hood and stepped back into the downpour, taking a beeline to the Metro station.

The only other time I dressed up as a woman was in 1986 when I was a freshman. Tommy T., Tommy B., and I performed at McQuaid Jesuit High School’s lip sync contest, the Ham Jam. We used pillowcases and diaper pins to rig makeshift skirts. We chose shirts rummaged from my sister’s closet while she painted our faces with makeup. Our song: Let Me Be the One by Exposé. I was the lead singer. We didn’t win, but we were a crowd favorite.

The plan was to meet on the main entrance of the Palacio de Bellas Artes. I arrived a bit early and did laps around the complex. The steps and foyer were packed with people escaping the deluge.

I received a text saying my hosts were two blocks away. I didn’t know who to look for, and even asked a couple strangers if they were the people waiting for me. That was mildly embarrassing. But there was no mistaking the arrival when it finally happened. Two six-foot-plus men in drag approached, arm in arm. They picked me out right away, greeted me with air kisses, and swept me away. They introduced themselves as María Magdalena and Skanda (as in, Skandalous) from the House of MaMa.

We walked to their nearby apartment in an ornate, marble, art deco building where I was immediately given a tall shot of mescal and told to take a seat next to the makeup table. The main room was filled with amazing works of art—María’s and Skanda’s original pieces. There were also tons of Barbie dolls, some Sharpied Kens in drag, and anime characters filling glass hutches. Dolls and costumes took up the rest of the space. Two vocal cats flew back and forth across the room while Blondie, and other similar artists, played on YouTube. “Once I was in love, and it was a gas…”

María asked if it’s OK to glue-stick my eyebrows, which was definitely a question I had never been asked before. I told her I was down for the full experience, whatever it entails. “Do with me what you will,” I said. She seemed to like my answer. We got to talking and she asked where I live. She asked if I live alone. “No, I live with my girlfriend.” And Skanda piped up, “Wait. What?”

Turns out I was the first straight man they had ever done up in drag. Ever. Skanda immediately did a live Facebook post, vamping this detail to House of MaMa followers. She and María were curious why I’d choose to do this. They also wondered if my girlfriend back home knew. Yes, Katie was well aware of my plans, and as for why, “Well, I guess I just figured why not?”

I found the opportunity on Airbnb’s new “Experience” feature. The listings are wrought with cliché cooking classes, historic walking tours, and museum visits. Great options, I’m sure. But the “Dress Up in Drag” option caught my eye, mainly because it was wildly different. Plus, folks’ comments mentioned how transformative the experience was. I was intrigued.

“Gentlemen, start your engines,” the ad says, “Be prepared to feel very gay (in the literal sense of the word). And remember, if you can’t love yourself, how the hell are you going to love anyone else?” I booked it without much deliberation and sent them a message saying I was nervous. They messaged me back asking my shoe size in case I wanted to wear heels.

“What sort of woman do you want to be?” Skanda asked me as soon as I took a seat. Again, I didn’t really see that coming. I defaulted to my go-big-or-go-home mantra. “How about elegant?” I said. Both Skanda and María swooned. They said elegant was a good choice. “You’ll fit right in with us,” María said.

María intentionally did not allow me to watch her progress. I can’t claim to know all she did as she did it, but it was extensive and extremely detailed. I sipped smoky mescal between her gentle brush dabs. Most memorable was her application of fake eyelashes and brushing on the lipstick. “You can’t be drag without lashes and red lips.” I chose a black wig. Curly.

Skanda picked out a long, polka-dotted Christian Dior skirt and long-sleeve black top. Once I had it on, they locked the ensemble together with a wide, black belt and low black heels. Skanda told me how to stand, and María offered advice on facial positioning.

When I had been completely transformed, Skanda fetched a mirror. “Prepare to see an alternate you,” she said. “Another beautiful version of you.” Maria told me I am beautiful.

“When you look into the mirror, your drag name will come to you.” When Skanda held up the full length mirror, I swear I was staring at my sister Kimi. In her honor, I chose a version of her middle name as mine for the night. Anna.

Then, Skanda and María told me to join them for the second ritual. They gave me my drag survival kit. It contained: a mirror (in case I forget how beautiful I am), lipstick (because I’ll need to reapply after kissing someone), a fan (because it’s super hot in the clubs), and a thing of Kleenex (to dab my shiny face or wipe my tears after having my heart broken).

“OK, let’s go, girls,” Skanda said. And we were off to the first club. But first, a selfie.

I did my best to maintain my balance wearing heels on the uneven, cobble streets. Cars filled with men and other passers-by whistled or asked us to join them for the night. María and Skanda said such responses are more common than any other. I never felt self conscious or strange walking the streets of Mexico City dressed in drag. Who would have thought? 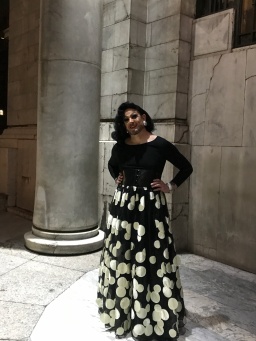 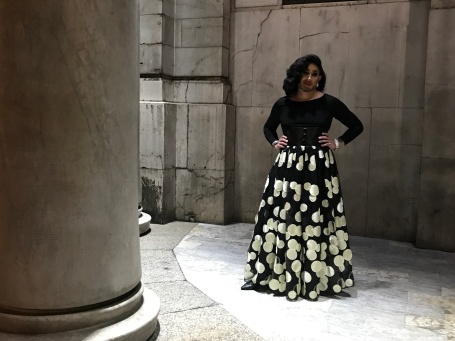 “People think drag is just men trying to be women,” Skanda said. “That’s not it at all. It’s more like transforming yourself into something angelic. An androgynous kind of beauty.”

As we turned the corner to the first club, the line wrapped around the block. But since María and Skanda are basically local celebrities, we got VIP entrance. But not before groupies swarmed us, asking for photo after photo. María and Skanda graciously accepted all requests—their outpouring of energy was something akin to an overwhelming love for all. They paid careful attention to make sure I was in that fold, too.

I’m not going to lie, it felt good. Really good. I was in the spotlight and felt special. As if I was free to be who or whatever I wanted to be. I said something about this to Skanda and she said drag is the bridge that draws out this feeling—but each person’s beauty and freedom is always inside us, ready to come out.

Our presence was consistently received with positivity. Often with elation and joy. And even at the churros joint we hit at 2:00am after hours of dancing, regular people (as in, non party people) anxiously approached our table to comment on how guapisimo we were and requested photos. We dunked our churros in fancy hot cocoa.

And as we walked home, I noticed how often our bodies touched. Shoulders, arms, hands on each others’ backs. It felt good. Really good.

As we stood on the wet corner, waiting to cross the street towards Bellas Artes, I told María and Skanda how much I appreciated them. We all embraced. I was filled with a deep sense of gratitude. For this experience, sure, but also for the genuine me.

Just then, a man on motorcycle sped past and beeped his horn at us. We laughed like three girls after a fun night out. We were giddy the rest of the way home. Which made me forget all about how much my goddamn feet were killing me. 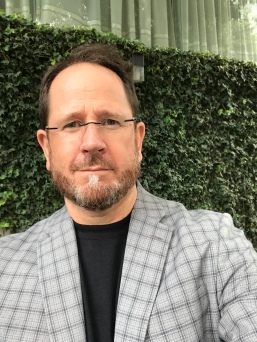 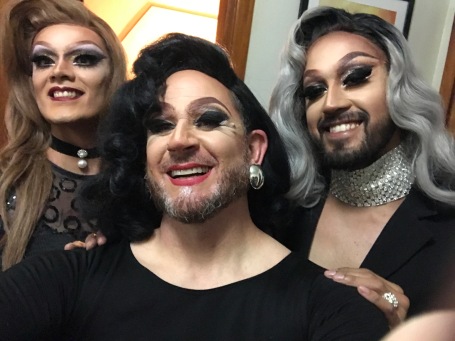