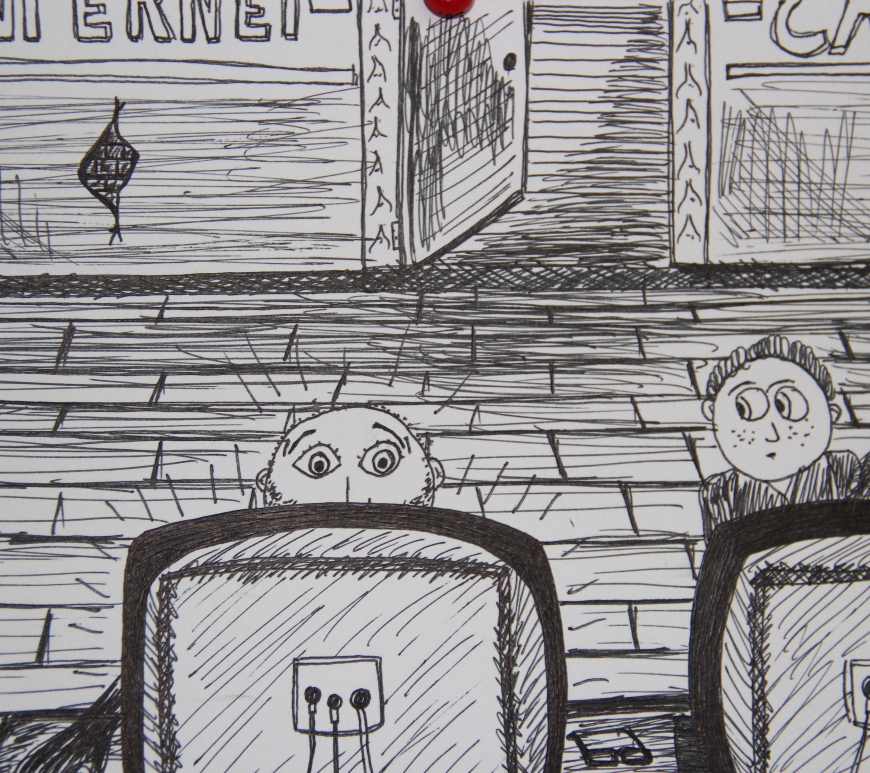 In Ouarzazate, I stayed at a dark hotel called Hotel Amlal. And though on most days I’d leave early and come back late, I’d see the same man in a djellaba sitting in a recliner while staring at a wall and smoking a cigarette. We’d exchange pleasantries; I’d say, “salam alaykum,” and he’d say, “alaykum salam,” but I don’t think he ever actually looked at … END_OF_DOCUMENT_TOKEN_TO_BE_REPLACED

Ouarzazate (War-za-zat) has a notable history in the film industry. It is home to a major studio (Atlas Film), regularly used for major Hollywood productions. Films such as Babel, The Hills have Eyes, Gladiator, Kingdom of Heaven, Lawrence of Arabia, Indigenes and many others have been filmed here. With my guide Abdul, I walked along the “Moroccan Nile,” where less than a week earlier flash … END_OF_DOCUMENT_TOKEN_TO_BE_REPLACED 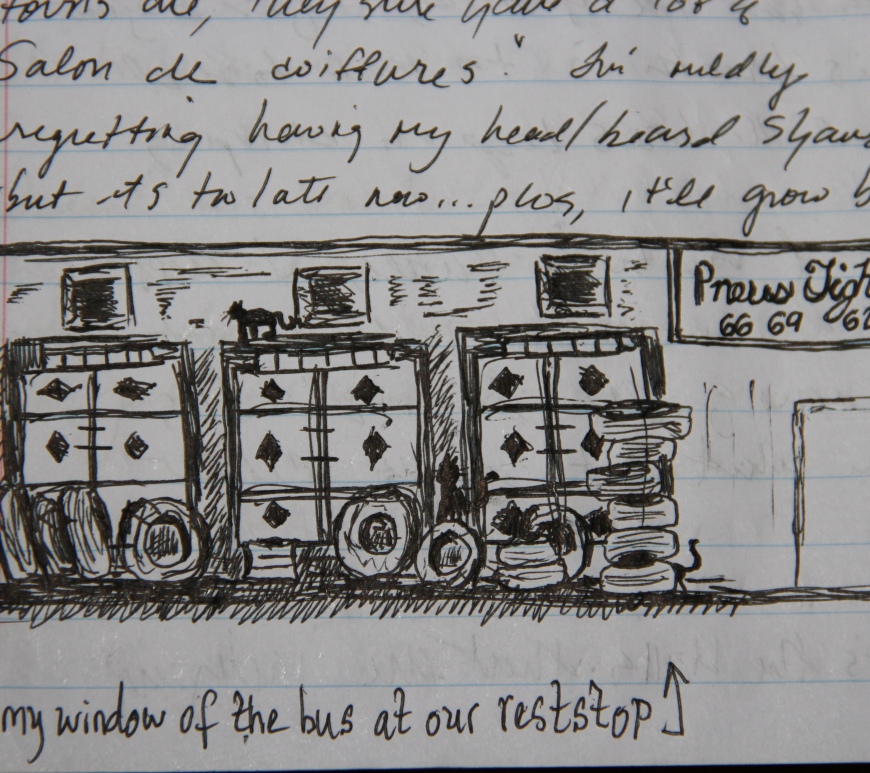 I was ecstatic to leave Marrakech. I don’t doubt that there’s an amazing amount of history there and plenty to see if one seeks it out, but I was completely over it in less than two days. My list of grievances against the ancient city included an over-crowded hostel with a leechy pervert whose path I kept crossing, countless objectified monkeys on chains in the … END_OF_DOCUMENT_TOKEN_TO_BE_REPLACED 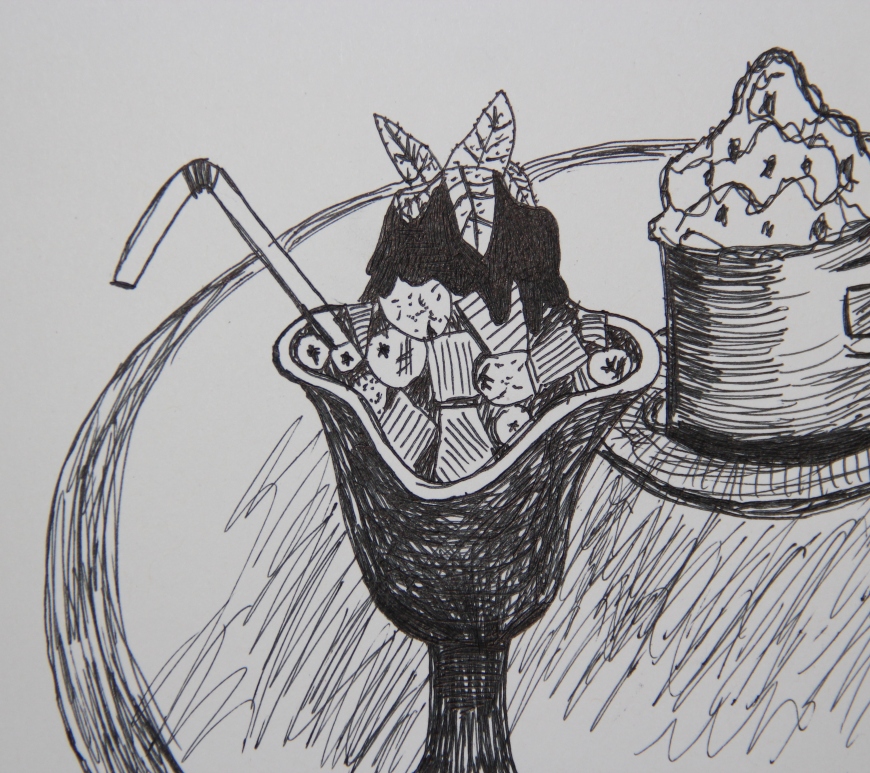 On my first night at the Equity Point Hostel in the Marrakech medina, I sat on the second floor lounge and wrote in my journal. The energy of the place was surprisingly relaxing. The woman at the front desk told me I arrived during their “calm hour” and should expect things to get a little crazy. When it started to get loud downstairs, I was … END_OF_DOCUMENT_TOKEN_TO_BE_REPLACED 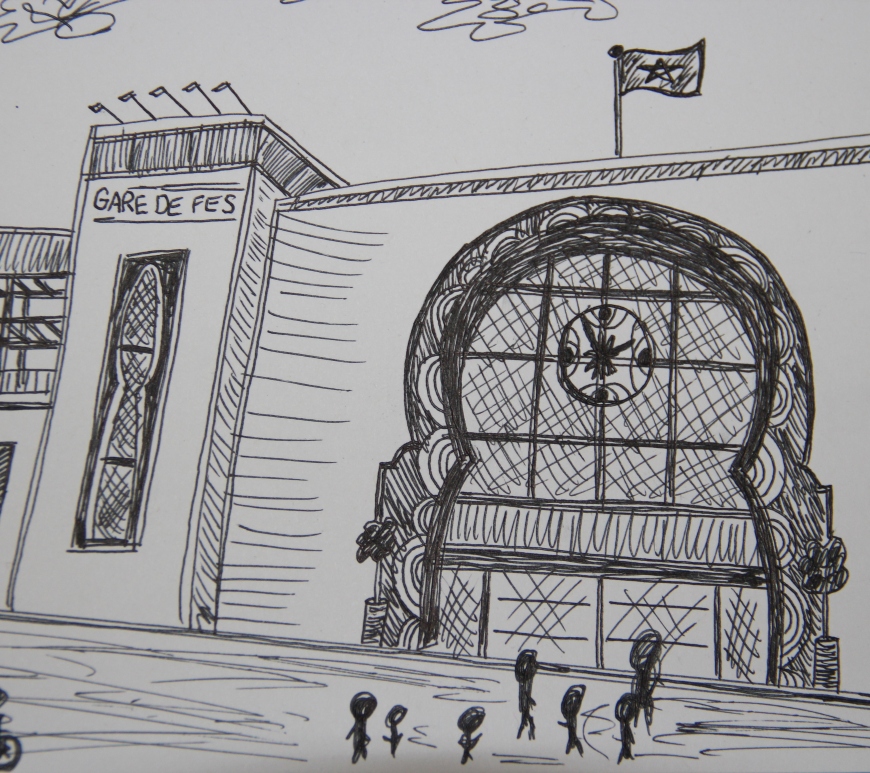 As I boarded the train to Marrakech I found an empty, 6-seat private box and claimed it as my own. Wasn’t long before I was joined by an older woman wearing a djellaba and headscarf. She gave me a quick glance, piled her three bags on floor then balled up into a fetal position and took a nap on the bench. As I watched the … END_OF_DOCUMENT_TOKEN_TO_BE_REPLACED 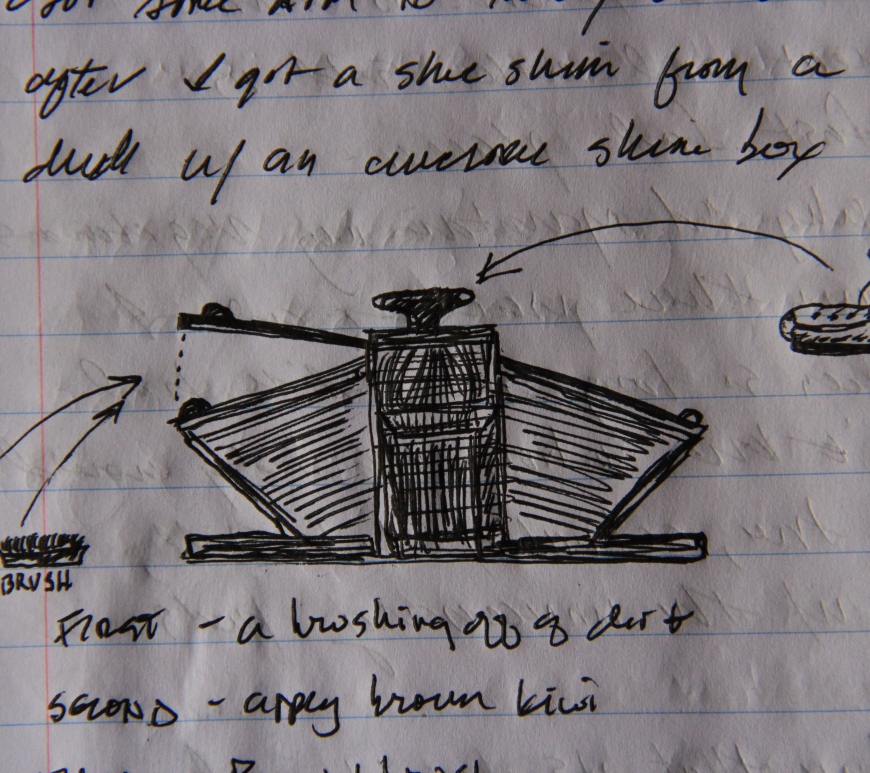 In Fez I walked past many late-night hair salons. Every shop I passed was booming with business even when everything else was closed. Men sat in the chairs getting the sort of treatment I remember my grandfathers talking about—straight razors, eyebrow edging, and slaps of aftershave all while discussing the day’s headlines and talking shit. I felt an unearned nostalgia for such an experience and … END_OF_DOCUMENT_TOKEN_TO_BE_REPLACED 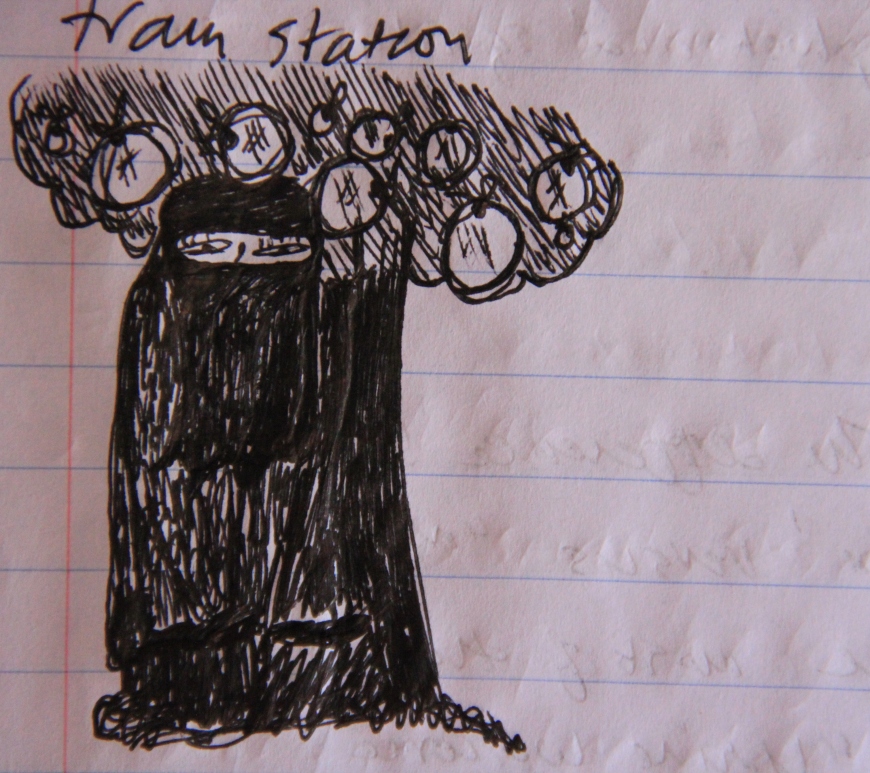 I woke up tired and sore. I thought of doing some stretches and was reminded of a dream I had during the night: I had just finished a yoga class when a woman with bright yellow eyes asked me if I knew any poses good for low-back pain. After I made a few suggestions, she hugged me, and as our bodies pressed together, my back … END_OF_DOCUMENT_TOKEN_TO_BE_REPLACED 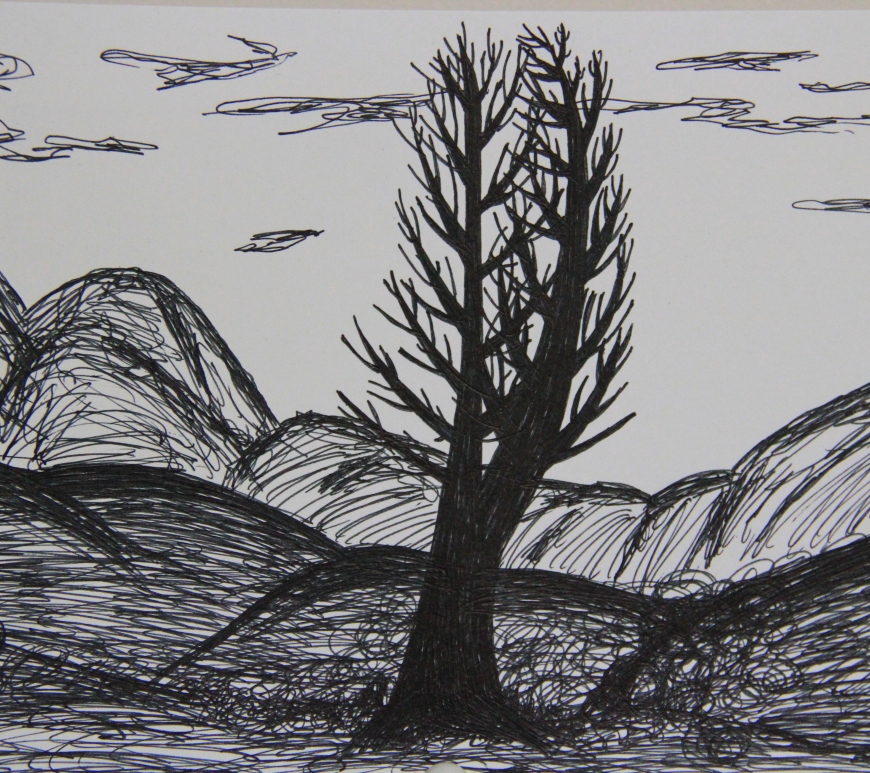 In Morocco I spoke more Spanish then I ever did on any of my countless trips to Mexico. For some reason it felt easier. I’m not fluent, but I’ve also never allowed myself to really dig into practicing the language because conversations with native speakers make me nervous. But with Moroccans I found myself willing to dive in. I remembered conjugations I hadn’t thought of … END_OF_DOCUMENT_TOKEN_TO_BE_REPLACED 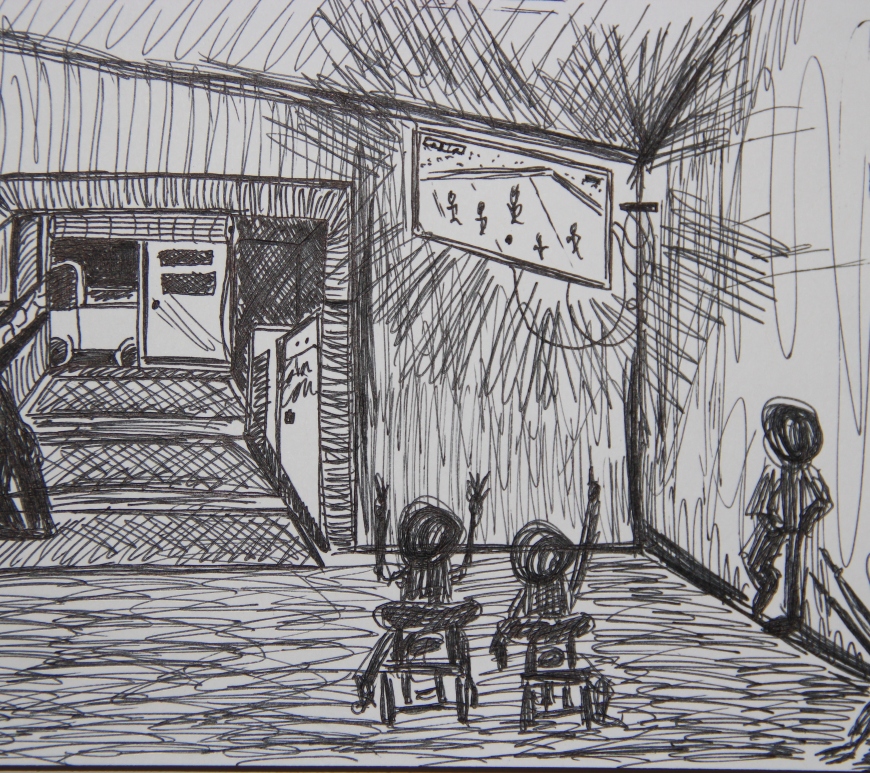 My guide through the Rif Mountains was Habte. For four days I called him Abdi. It wasn’t until our final day together that I realized I had been blowing it. As I watched him write his email in my journal, I said, “Your name is Habte? Not Abdi?” He replied, “Yes, it’s Habte. Tourists have trouble hearing the difference so it’s no big deal.” I … END_OF_DOCUMENT_TOKEN_TO_BE_REPLACED 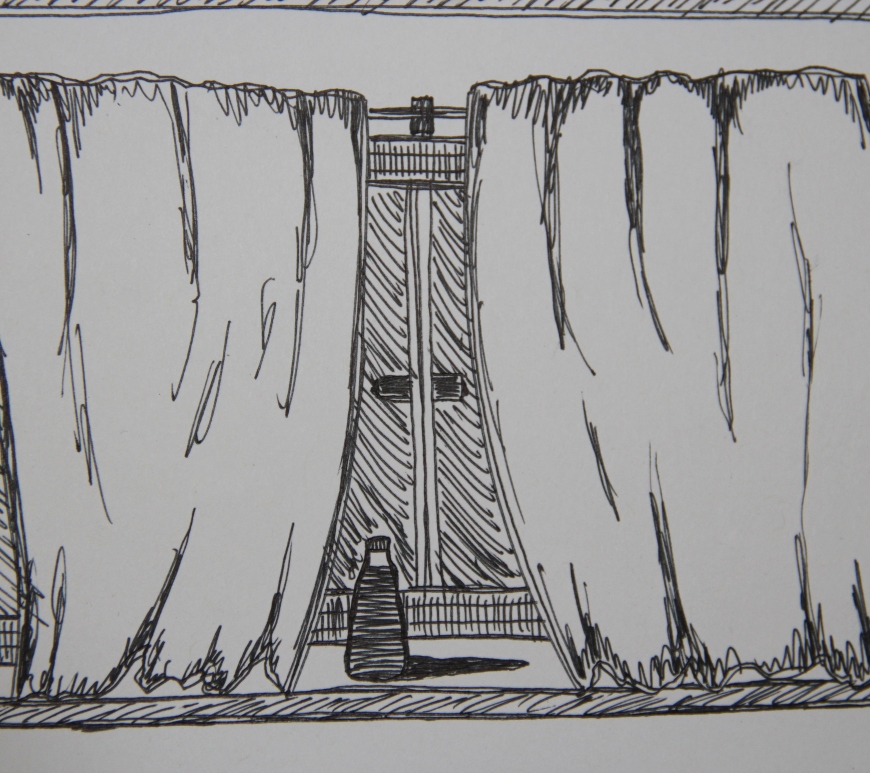 Since I brought along my sub-zero sleeping bag, I didn’t think sleeping in a hotel without heat would be a big deal. But when I noticed the thick blankets the hotel provided, I was a little concerned. And boy did it got cold. Wicked cold. So cold that when I finally stopped shivering in my cocoon I didn’t want to get out for anything. Not … END_OF_DOCUMENT_TOKEN_TO_BE_REPLACED