The 1968 Summer Olympics were held in October, in Mexico City, Mexico. It was the first time the games took place in a Latin American country, and also the first to be held in a developing country. Mexico City beat out Detroit by twice as many votes in its bid to host. For many reasons, the 1968 games remain memorable and controversial. Here are some highlights:

A (then) unknown American boxer, George Foreman, won gold by defeating a Soviet fighter with a second round TKO.

The introduction of athlete doping tests resulted in the first ever disqualification: Swedish pentathlete Hans-Gunnar Liljenwall was DQ’d for drinking two beers before his event.

It was the first games in which there was a significant African presence in distance running.

It was the first games televised in color.

But the most controversial moment came after two Americans, Tommie Smith and John Carlos, won gold and bronze, respectively, in the 200m final (Australian Peter Norman won silver). On the podium, Smith and Carlos took a stand for civil rights and raised their black-gloved fists during the playing of The Star Spangled Banner. Norman joined in their demonstration by wearing an American civil rights badge. Afterwards, Smith and Carlos were banned for life by the IOC and Norman was not allowed to participate in the 1972 Munich games.

The sprinters’ gesture was deemed by the IOC to be a black power salute, but Smith insists that it was done to show solidarity with people fighting internationally for human rights. He said it was a rallying call against apartheid in South Africa and against racial segregation in the USA. Smith and Carlos also wore beads to protest lynchings, and stood on the podium without shoes to protest poverty. No doubt, Smith and Carlos used their moment to speak up, but they were internationally vilified for it.

All this took place at the Estadio Olímpico Universitario just adjacent to the University of Mexico City’s beautiful campus. Yesterday I tackled the Metro at rush hour to visit the sight of this historic event. I couldn’t enter the stadium, but still I felt fortunate to be near the actual site of a courageous and enduring gesture made to draw the world’s attention to issues far more important than a footrace. 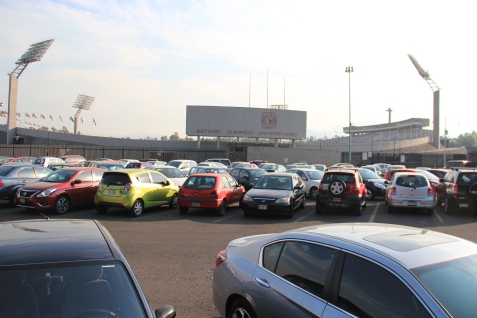 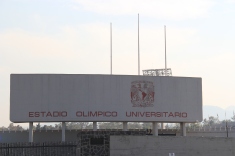 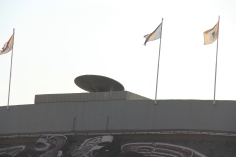 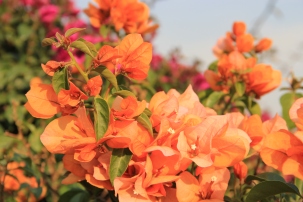 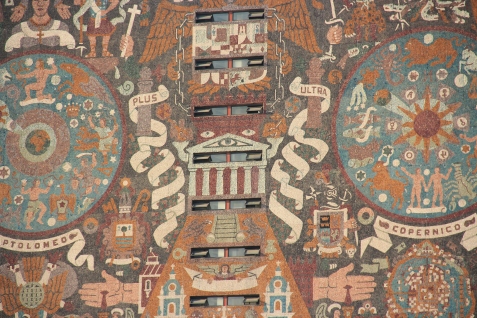