This morning, and after a full day off, I felt a strange appreciation for the way my backpack hung on my body.  It was like a hug, a good one, and I haven’t had one of those in a while.  I hung three pieces of art on my way to the beach, then began moving northbound towards the Seven Devils Recreation Area.  Yesterday a ranger told me that it was only two miles away.  There’s no way that was true.  It was at least six.  On this trip I’ve grown convinced that people, in general, have no concept of actual distance.

While walking on the beach I was wildly energized and sang loudly into the headwind.  David Bowie and Coldplay somehow made it onto the morning playlist.   I walked beneath tall bluffs on which men in pleated khakis and popped polos played golf.  I wondered if my morning karaoke messed up their swings.  When I saw a guidepost that resembled an OCT marker I checked it out.  But it said, “Resort 3/4 mile.”  No thanks.

My exit from the beach came more than an hour later at Whiskey Run Road.  A fisherman stared at me as if I were naked, then asked what the hell I was doing.  My answer only further confused him.  “Why?” he asked me.  Ah yes, the elusive question why.  My thought is this – if someone asks why, no answer I provide will suffice.  So I usually make my answer practical as in, “The Oregon coast is beautiful. Who wouldn’t wan to see it all!”  Or, “I had three weeks to kill so I figured what the hell.”  Fact is, I feel vulnerable out here and that turns me on.  Not knowing what the day will bring and having to rely on my intuition – now that’s cool.  This walk is an external, honest reflection of my true self.  It could be anywhere. Just happens to be here.

Whiskey Run Road leads to Seven Devils Road and effectively skirts the 5-Mile River.  The OCT offers this alternate route and I took it even though I might have been able to ford the river without a problem.  I wanted to be on hard top today and got my wish for many, many miles.  Seven Devils Road turns narrow, steep and gravely.  I pretty much had this road to myself until a man with two kids in the car pulled alongside me to chat.  This guy didn’t ask me why.  He got it.  I could see it in his eyes.

I took a lunch break at the South Slough National Estuarine Reserve Interpretive Center.  It was a peaceful place with a clean bathroom.  I am sure there was more to do there than eat PBJ on tortillas and a can of refried beans.  I’ll never know.

Some seven miles later I made it into the largest town yet, Coos Bay.  These Oregon beach towns are tired.  People look like the hard-working, don’t-mind-getting-dirty types.  Their glances sometimes make me hyper aware of my attire and my (arguably dorky) trekking poles.  I sometimes feel like my freedom to indulge in this adventure insults their real life.

The fishing culture of Coos Bay is impossible to miss.  As I crossed a small bridge, three little girls were on the dock below catching crabs.  I watched them for a while.  Bare-footed and grimy I wondered if they were playing or if their yield was necessary to their family. They noticed me watching them but paid me no mind.

The long day grew forcibly longer once I realized that there was nowhere to camp in Coos Bay.  Even the plentiful RV parks on the outskirts stopped appearing once I hit the city limits.  I needed to go all the way through town.  After two hours of passing strip mall after strip mall, my body started letting me know that something had to happen soon.  But it didn’t look promising.

I chatted with an old guy who was on his lawn changing a sprinkler.  He moved here from Pennsylvania to be near his grandkids.  He told me that when he was in the Air Force in 1964 he saw the ocean for the first time.  For decades he dreamed of coming back to the west coast, to the ocean again.  He dreamed aloud to his wife about the sky blue water, the majestic jutting towers of rock.  He told her someday they’d make it home.  He told me that living across the highway from Target wasn’t paradise, but it wasn’t Pennsylvania either.

By the time I made it to the northern edge of Coos Bay, I was sucking wind.  It had been a 30+ mile day already and I still didn’t have an overnight plan.  I knew that hotels were an option but I didn’t want to do that.  I was in a pickle.  And unless I had another 15 miles in me, camping was impossible.  I reluctantly stopped at the Mill Indian Casino and was quoted $150 for a room.  Part of me wonders if that’s the price they offer undesirable visitors.  I took a quick regrouping break on their sidewalk.  I watched rotund couples wobble from their RVs past me.  Their eyes trained on flashing lights that beckoned them in like sirens.  I could feel my muscles start to tighten so I stood up, took a few deep breaths and I kept walking.

After a half an hour I broke.  I was gassed.  I saw a sign for a Quality Inn and followed it with my head down.  To make matters worse, it was still another two miles to the front door.  Far more than enough time to beat myself up and feel like I was cheating.  When I finally entered my room, I was not excited for a bed, not excited for a shower.  I didn’t care that I’d get “real food” tonight.  I set my pack down and apologized to it.  “Sorry for bringing you here,” I said.  “We were on such a roll.”  My pack just sat there for a minute then said, “Quit whining.  Get some rest so we can get the hell out of this shit hole.  Quality Inn…my ass.”

Biggest day yet.  Another 35 miles in the books. 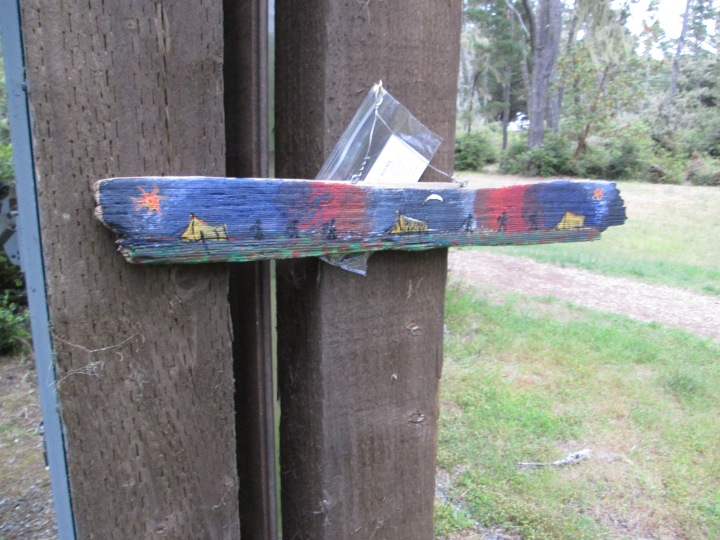 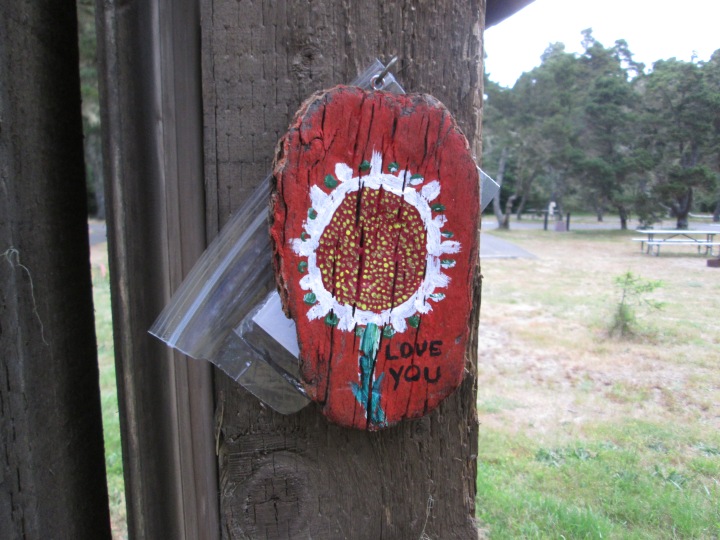 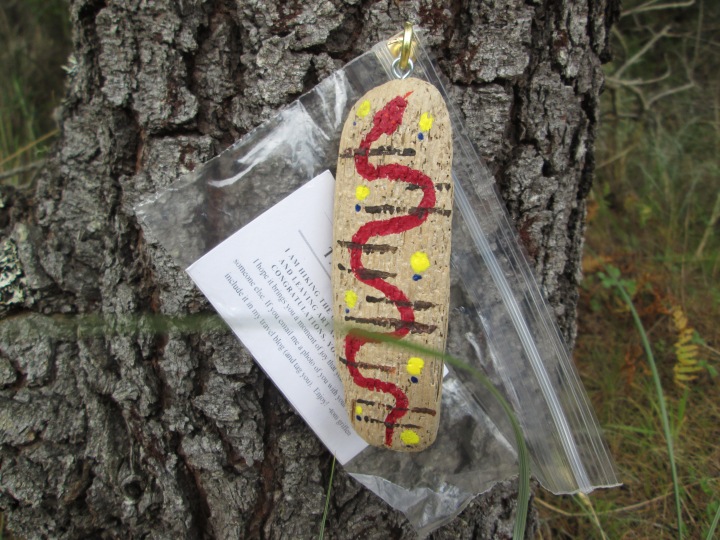 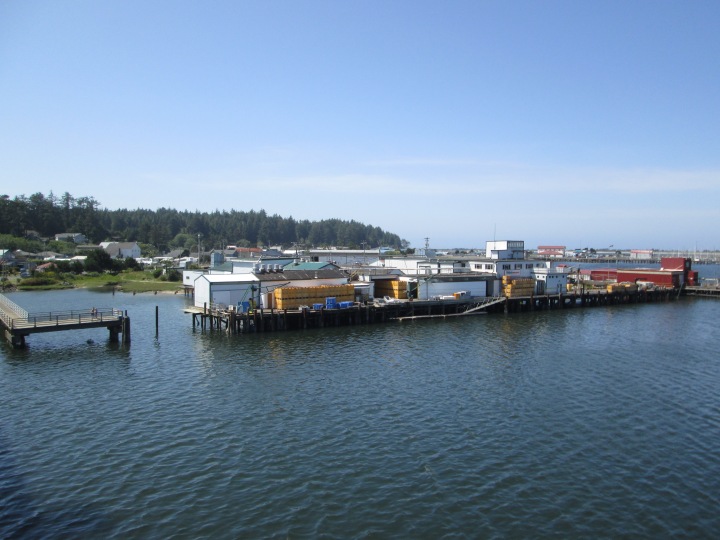 Found this on the road today…a little premature though 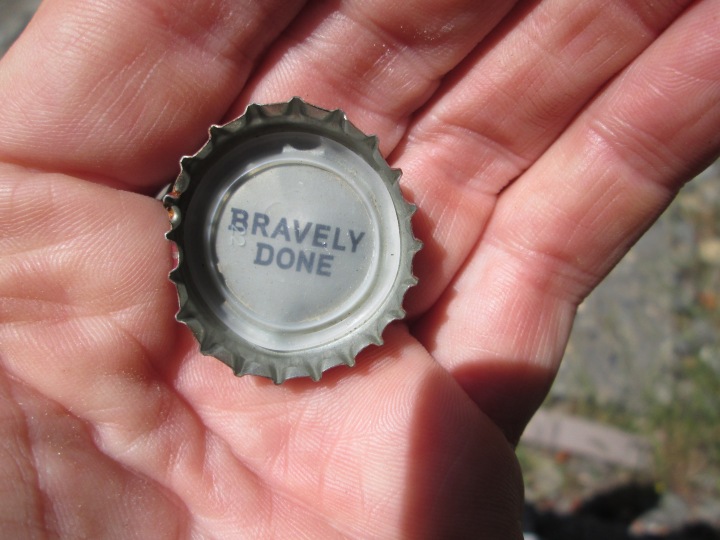 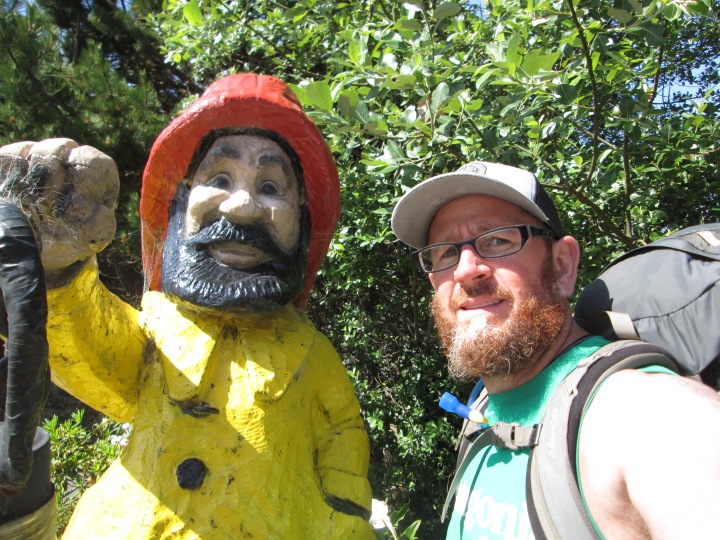 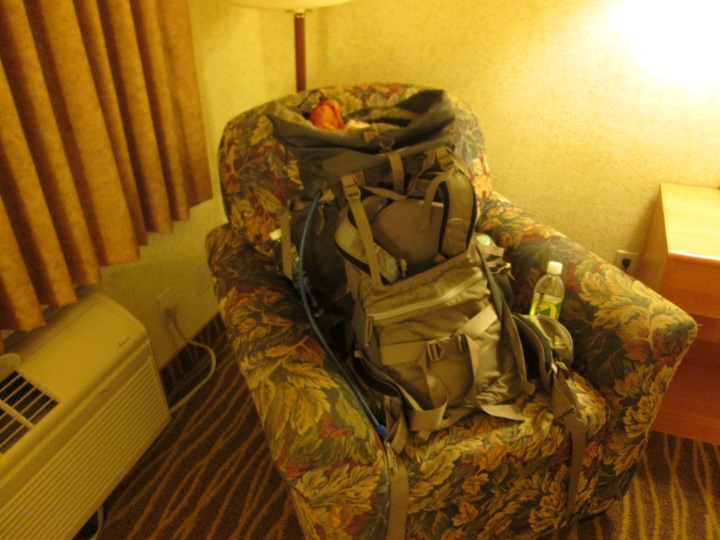